To get you started :) files: Link difficulty: easy

Binary: The binary get one arguments, that it is the flag and first comparison is the length of the flag: 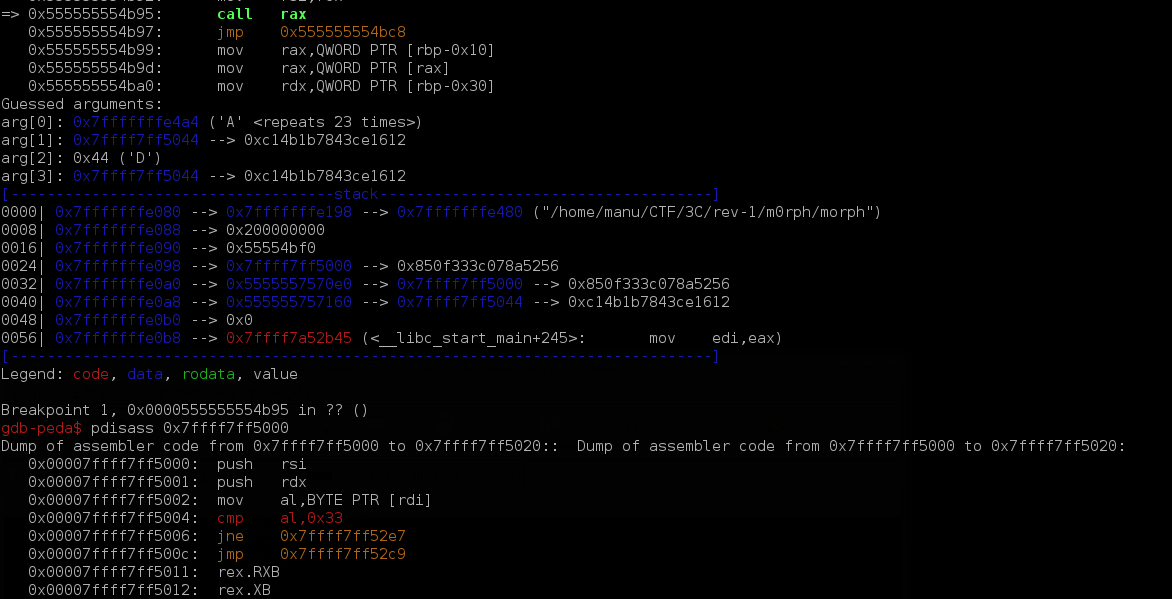 So, now we can to make and script to get all characters comparisons and generate the flag. I have used GDB for this purpose, the script will change the memory with the new characters until the flag is complete.

This work is licensed under a Creative Commons Attribution-ShareAlike 4.0 International License.